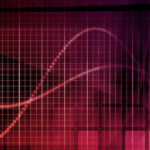 During its online an HasuraCon ’21 conference, Hasura today announced that it has made it possible for developers to employ GraphQL application programming interface (APIs) to launch queries against data residing in multiple databases. At the same time, Hasura announced a preview of schema sharing capabilities along with support for workflows based on GitOps processes […]