How DevOps Teams Can Defend Against API Attacks 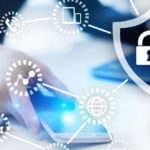 Remember when ransomware was the main security threat that DevOps teams needed to worry about? Those days are over. Ransomware attacks are certainly still happening, but API security breaches—which increased by a whopping 600% in 2021—are now poised to become the top attack vector for threat actors, according to Gartner. That’s the bad news. The […]

The post How DevOps Teams Can Defend Against API Attacks appeared first on DevOps.com.