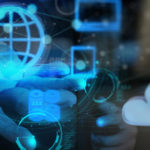 Hewlett-Packard Enterprise (HPE) has made available HPE GreenLake Central, a self-service portal through which IT teams can collaboratively manage and monitor instances of servers deployed in IT environments that are managed by HPE on their behalf. At its core, HPE GreenLake is a managed service that allows IT organizations to pay for IT infrastructure on […]