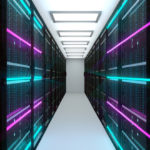 IBM this week revealed it has added the ability to set up testing environments on the IBM Cloud for z/OS mainframe applications. In addition, on March 15, IBM will make available an IBM Z and cloud modernization stack to make it simpler to modernize mainframe applications by adding application programming interfaces (APIs) using a cloud-native […]