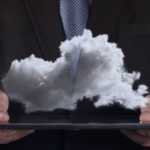 IBM announced today that an IBM Cloud Code Engine service that unifies the cloud platforms on which applications are built and deployed is now generally available. Built on top of a serverless computing platform, IBM Cloud Code Engine is a managed service that unifies access to a platform-as-a-service (PaaS) environment, a container-as-a-service (CaaS) environment and […]