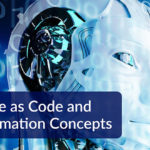 This summer, I walked into an Infrastructure as Code (IaC) flame war because I was blissfully unaware of just how broadly IaC had been reinterpreted. Reviewing the comments, it’s clear that thinking has evolved since Kief Morris’ 2016 Infrastructure as Code tomb. So, after strapping on my asbestos suit, I decided to dig into what […]