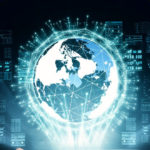 Intel has expanded its effort to drive adoption of a set of open compilers, libraries, analysis and porting tools and frameworks for artificial intelligence (AI) applications, collectively made available via a oneAPI initiative, to include support for its latest generation of processors. The oneAPI initiative was launched more than three years ago to create a […]