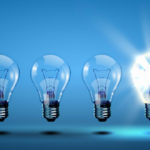 DevOps issues can be a thorny subject. The coming together in harmony of Dev (developer) and Ops (operations) represents an arranged marriage of sorts that, for some, will never have a ‘happily ever after’ ending as both parties ultimately grapple with irreconcilable differences. But despite the naysayers, the very existence of DevOps as a portmanteau […]