IT Automation Tools Are No Longer Enough 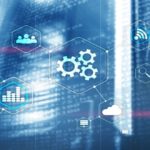 As Chris Gardner—who conducted the Forrester Wave on Infrastructure Automation Platforms—stated, “Infrastructure automation isn’t just on-premises or in the cloud. It’s at the edge and everywhere in between.” And that’s because, well, it needs to be. It shouldn’t come as a surprise to anyone reading this that IT automation is a must-have for organizations today. […]

The post IT Automation Tools Are No Longer Enough appeared first on DevOps.com.