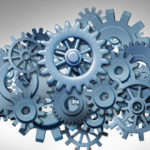 At the AWS re:Inforce event this week, JFrog announced it integrated its JFrog Xray software composition analysis tool with AWS Security Hub, a cloud security posture management (CSPM) service that alerts IT teams whenever a security issue is detected. In addition, JFrog also announced it is participating in a preview of an AWS Marketplace Vendor […]