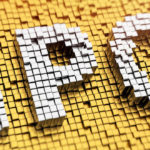 Another milestone in the march toward mainstream adoption of best DevOps practices was reached this week, with JFrog becoming a public company. JFrog CTO Yoav Landman said the funding that the provider of a continuous integration/continuous development (CI/CD) platform is receiving from investors is a clear vote of confidence in DevOps. The next major DevOps […]