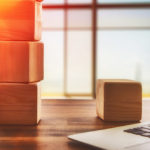 The Cloud Native Computing Foundation (CNCF) announced today it has accepted the open source Kuma service mesh developed by Kong as a sandbox level project. At the same time, Kong announced an update to the service mesh for monolithic and microservices-based applications that makes it easier to deploy multi-tenant instances of Kuma across multiple types […]