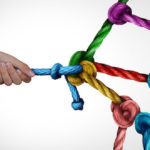 It is fun to discuss the changes in network operations over the last couple decades. We’ve come full circle, and, honestly, ended up in a better place. Network specialists were super command-line wizards who kept us going, with few GUIs in sight. Everyone thought the next iteration would be GUIs, so network operations could be […]

The post Languages and DevOps: Network appeared first on DevOps.com.