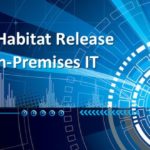 Chef today announced that the Chef Habitat automation framework for building and deploying applications can now be used in on-premises IT environments. Mike Krasnow, a senior product manager for Chef, said version 1.5 of Habitat makes it possible to now store applications packages and their dependencies locally in addition to the cloud. In addition, pre-built […]