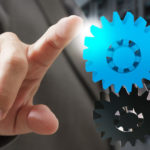 A vendor-neutral initiative dubbed the State of the Edge was acquired this week by LF Edge, an arm of The Linux Foundation focused on defining an open source stack of software for edge computing applications. The State of the Edge project will be merged with the existing Open Glossary of Edge Computing initiative that LF […]