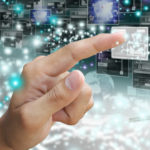 Lightrun today announced it has made its namesake debugging tools available for applications deployed in on-premises IT environments that, for one reason or another, can’t be deployed on a cloud platform. lan Peleg, CEO of Lightrun, said Lightrun is unique in that software teams can capture live production data from software installed on their customers’ […]