Mainframe and DevOps in Traditional Enterprise, With ASG 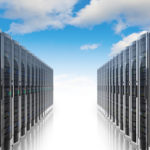 The assumption that large, established enterprises—from insurance companies to government agencies—can’t adopt Agile processes or DevOps is based on the falsehood that legacy technology stacks won’t allow for it; that existing traditional mainframe applications or legacy applications that large enterprises are built on are incapable of adapting to these approaches. Accelerated Strategies Group recently released […]

The post Mainframe and DevOps in Traditional Enterprise, With ASG appeared first on DevOps.com.