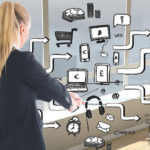 Mendix today updated its low-code development platform to add support for Git repositories as part of an effort to make it easier to share and reuse code, as well as a visual conflict resolution capability that enables developers to easily see the differences between multiple versions of the same code. Announced at its online Mendix […]