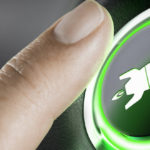 Microsoft, at its online Ignite 2020 conference, has launched a bevy of updates that collectively further adoption of best DevOps practices on the Microsoft cloud platform, including for the first time a preview of an ability to store artifacts created using low-code Power Apps tools on GitHub. In addition, Microsoft announced a preview of an […]