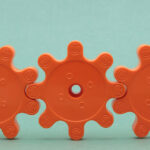 Microsoft has teamed up with vFunction to make it easier to convert monolithic Java applications into a set of microservices that can be deployed on the Microsoft Azure cloud. The Microsoft Services Industry Solutions group is making available the Java Refactoring Service, through which IT teams will be able to both lift and shift Java […]