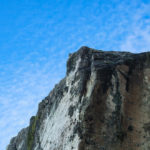 A global survey of 1,300 software engineers, developers, IT leaders and executives found half of respondents (50%) are in the process of implementing an observability platform. Another 23% of respondents said that they cannot gain end-to-end observability at all, while 26% said they believe they have mature observability practices in place. The survey, published today, […]