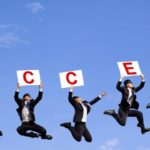 Operations are some of the most important aspects of an organization. In tech, DevOps has dominated the conversation due to its necessity in keeping up with the rate of building products, applications and infrastructure with code. DevOps encompasses much more than a team of developers; it is a culture, a set of practices and tools […]