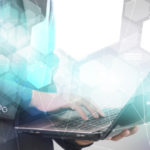 There’s a huge disconnect in corporate America, and it’s costing companies big time. The disconnect involves software testing, or, more precisely, the lack of it. More than nine out of 10 CEOs are confident that their company’s software is tested regularly, yet roughly eight out of 10 product testers reported that up to 40% of […]