No Excuses: Lock Down RDP 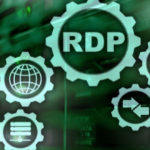 We’ve been at the “everyone working remote” thing for months now, and still there are horror stories of people being attacked via Remote Desktop Protocol (RDP). Early on, it was understandable if not acceptable—but we’re not early on any more. During the rush of doing whatever it took to help people work from home, exposed […]

The post No Excuses: Lock Down RDP appeared first on DevOps.com.