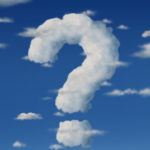 The interest in Web3 is heating up. We’ve seen major excitement around blockchain and new Web3 protocols that are poised to reinvent the web as we know it. But it’s hard to hide the skepticism and the suspicion that there are ulterior motives behind large cryptocurrency coin fundraisers. There’s no doubt that there are benefits […]

The post Not Totally Buying Web3? You’re Not Alone appeared first on DevOps.com.