Of Max and Min: The Non-Interference Prime Directive (for Visibility) 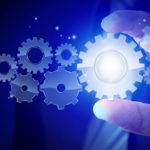 Last issue, I cited CPU utilization as an example of a metric that is often misused to describe/explain/infer system performance and asserted that improved visibility can help to overcome such misuse. In this issue, I will expand on what improved visibility means and present two case studies that illustrate a recent antipattern that I’ve noticed […]

The post Of Max and Min: The Non-Interference Prime Directive (for Visibility) appeared first on DevOps.com.