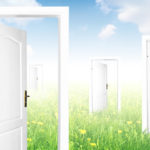 With the relentless pace of enterprise digital transformation efforts, even in this softening economy, developers still face an enviable job market. The number of open job positions in computer occupations is greater than 804,000, according to National Foundation for American Policy (NFAP) analysis and, at 326,000 vacancies, software developers have by far the largest number […]