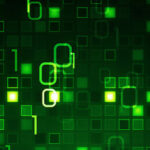 OpsVerse this week added an open source Backstage catalogue software for building developer portals to its managed DevOps service. Originally developed by Spotify, Backstage makes it possible to centralize the management of multiple services that are being built and maintained by multiple developer teams. Backstage is now being advanced under the auspices of the Cloud […]