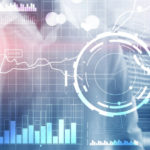 Prometheus is a leading metrics-based open source monitoring solution and time series database used across the IT community to collect metrics from systems, applications and services. According to the 2021 Cloud Native Survey from the Cloud Native Computing Foundation (CNCF), the use of Prometheus in production has reached 65%, an increase of 43% year-over-year. “As […]