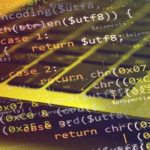 We’ve got decades of experience in programming and language adoption under our belt at this point, and there are a few things we can say definitively that developers in general (and DevOps engineers specifically) should be aware of. First, it doesn’t matter as much as you think. It really doesn’t. Most developers don’t choose programming […]