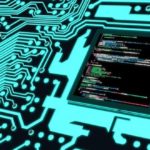 At its online PulumiUP conference, Pulumi announced it will make its Pulumi CrossCode translation technology available to third parties and DevOps teams. The technology was developed to integrate a wide range of programming languages with its infrastructure-as-code (IaC) platform. The company also announced it has added support for YAML—widely used to configure Kubernetes environments—as well […]