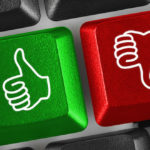 Puppet this week announced it has added a service that makes it easier to achieve compliance with benchmarks defined by the Center for Internet Security (CIS). Yasmin Rajabi, global services strategy manager at Puppet, said the CIS Service offering from Puppet extends the ability to manage infrastructure as code into the realm of compliance. Via […]