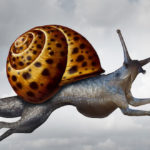 RackN is making available an update to the RackN Digital Rebar Platform that will make it easier to employ tools such as Terraform to configure bare-metal servers. Company CEO Rob Hirschfeld said version 4.4 of the platform adds an application programming interface (API) that enables bare-metal servers to be abstracted into resource groups. IT administrators […]

The post RackN Transforms Bare-Metal Servers Into a Cloud appeared first on DevOps.com.