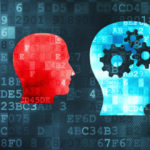 Red Hat is extending its developer program to make it simpler for both individual developers and small teams to access a free Red Hat Enterprise Linux (RHEL) operating system subscription. These programs are launched in the wake of Red Hat’s decision to no longer invest in an open source CentOS Linux distribution project. Many developers […]