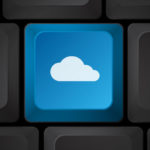 Red Hat today announced an update to its virtual machine platform that now can run on the latest version of Red Hat Enterprise Linux (RHEL). Version 4.4 of Red Hat Virtualization can now run on version 8.2 of RHEL. In addition, Red Hat has added Grafana-based dashboards for its Data Warehouse (DWH) service that IT […]