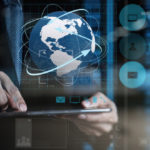 At its online RedisConf 2021 event, Redis Labs today detailed how the company’s in-memory database will be employed to drive real-time applications that are at the core of most digital business transformation initiatives. Yiftach Shoolman, Redis Labs CTO and co-founder, said there are four initiatives at the core of the Redis Labs effort to replace […]