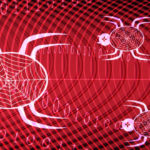 Undo, a provider of a software failure replay platform, this week published a report in collaboration with a Cambridge Judge Business School MBA project that estimates 620 million developer hours a year are wasted on debugging software failures, at a cost of roughly $61 billion. The report also notes software engineers spend on average of […]