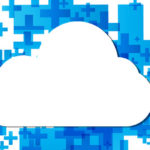 The cloud brings tremendous capabilities in terms of increased deployment fluidity and automation. Along with cloud adoption has come the use of cloud-native tools built specifically for developing applications for this domain. However, cloud-native tools carry some nuanced security concerns, such as misconfigurations, known vulnerabilities and leaked secrets. As such, 83% of organizations recognize security […]

The post Report: The State of Cloud-Native Application Security appeared first on DevOps.com.