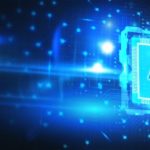 Salt Security has extended its platform for securing application programming interfaces (APIs) to include support for APIs built using GraphQL. GraphQL is an open source data query and manipulation language for APIs that was originally developed by Facebook. It provides a more efficient approach to querying data than the REST APIs that are widely used […]