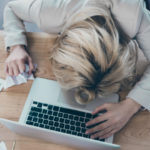 Thousands of SREs, on-call engineers and DevOps pros all over the world dread nothing more than the late-night incident alert. The pager buzzing at 2:00 a.m. can cause panic for SREs and leave IT and DevOps teams with quite a mess to contain. But incident response doesn’t have to cause panic if you have the […]