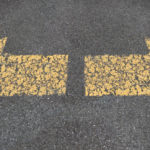 The term DevOps emerged into mainstream software development communities roughly 10 years ago. It represented a combination of tools and techniques which helped solve many pertinent issues of the time, namely responsibility for code in production and lack of a positive feedback loop. As of today, DevOps is a massive movement. It is considered the […]