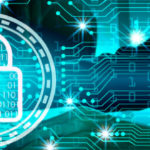 A free digital signing service for software created by the Sigstore open source community has become generally available this week via the cloud. Announced at the SigstoreCon event that occurred during the KubeCon + CloudNativeCon North America conference, the cloud service makes it possible for developers to both cryptographically sign artifacts and verify that the […]