Smoothing the Transition From REST to GraphQL 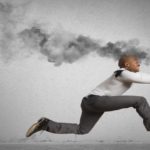 Since its open source release in 2015, GraphQL has taken the development world by storm. GraphQL, the query language originally developed by Facebook, is a big boon for frontend developers, as it enables you to grab the exact data you need with a single request. This solves the problems of over-fetching and under-fetching, which classical […]

The post Smoothing the Transition From REST to GraphQL appeared first on DevOps.com.