Sometimes, You Should Fix What Isn’t Broken 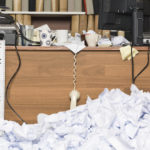 DevOps has been with us long enough now that there is a lot of legacy DevOps stuff running in all of the places I have eyes into. Ignoring items that are not actually working; those pieces that pose a serious security threat because they house vulnerabilities that have been fixed—there is a lot of “It […]

The post Sometimes, You Should Fix What Isn’t Broken appeared first on DevOps.com.