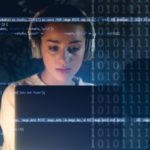 During its online .conf21 conference Splunk Inc. today revealed a bevy of updates that advance observability while at the same time reducing the total cost of deploying its platforms. As part of that effort, Splunk also announced it will now make workload-based pricing available to all customers. Previously, a select number of small customers had […]