SRE Vs. DevOps: The Wrong Question? 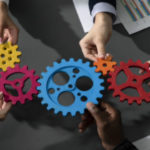 The age-old question about the competition between DevOps and SRE sets up a false dichotomy. DevOps is a methodology while SRE is a team within operations. Although the two are often pitted against one another, developers also embody the skills and the capabilities to implement fixes.  Traditionally, application changes were reactive. The process of SRE […]

The post SRE Vs. DevOps: The Wrong Question? appeared first on DevOps.com.