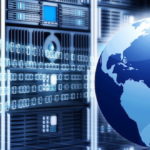 Stellus Technologies launched a network-attached storage (NAS) system capable of processing unstructured data at 10 times the speed of existing systems. Based on a software-defined file system written on top of a key-value store, the Stellus Data Platform can be acquired either as an appliance or in the form of a virtual image that IT […]