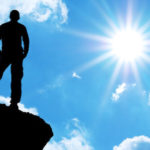 Sumo Logic, at its online Illuminate conference today, announced the availability of a bevy of extensions to its observability and security information event management (SIEM) cloud services that span everything from hybrid cloud computing to cloud-native platforms such as Kubernetes. The company also announced the general availability of a free Software Development Optimization (SDO) service, […]