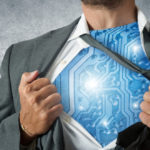 Monitoring tools provider Catchpoint, in collaboration with the DevOps Institute, has published a survey that finds there is a significant gap between the tasks and duties that define the role of what a site reliability engineer (SRE) should be versus what is actually occurring within IT organizations that have hired SREs. Based on a survey […]