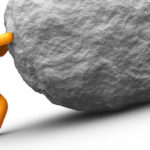 The amount of routine toil that site reliability engineers (SREs) perform declined slightly in the last year even though IT environments in general are becoming more complex to manage. An annual survey of 300 SREs conducted by Catchpoint, a provider of an IT monitoring platform, in collaboration with VMware and the DevOps Institute suggests that […]